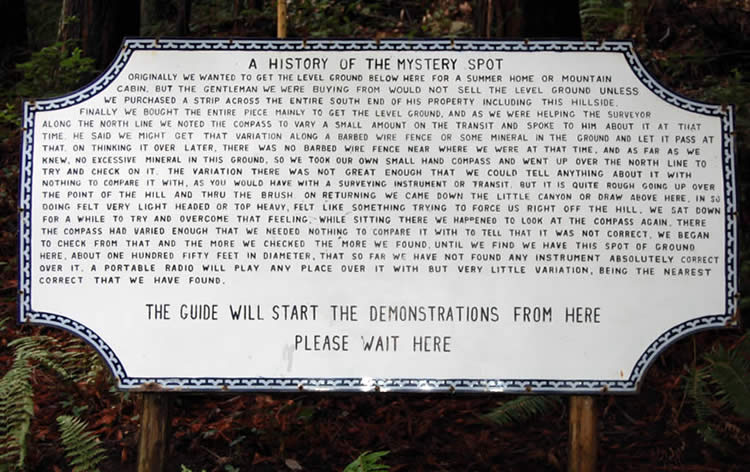 "Originally, we wanted to get the level ground below here for a summer home or mountain cabin, but the gentleman we were buying it from would not sell the level ground unless we purchased a strip across the entire south end of his property, including this hillside.

Finally, we bought the entire piece, mainly to get the level ground, and as we were helping the surveyor along the north line, we noted the compass to vary a small amount on the transit and spoke to him about it at that time. He said we might get that variation along a barbed wire fence or some mineral in the ground and let it pass at that.

On thinking it over later, there was no barbed wire fence near where we were at the time, and as far as we knew, no excessive mineral in this ground; so we took our own small hand compass and went up over the north line to try and check on it. The variation there was not great enough that we could tell anything about it with the point of the hill and through the brush.

On returning, we came down the little canyon or draw above here. In doing so we felt very light headed or top heavy, felt like something trying to force us right off the hill. We sat down for a while to try and overcome that feeling. While sitting there we happened to look at the compass again. There, the compass had varied enough that we needed nothing to compare it with to tell that it was not correct.

We began to check from that, and we found the more we checked the more we found, until we found we had this spot of ground here. About one hundred fifty feet in diameter, that so far, we have not found any instrument absolutely correct over. A portable radio will play any place over it, but with very little variation, being the nearest correct that we have found".